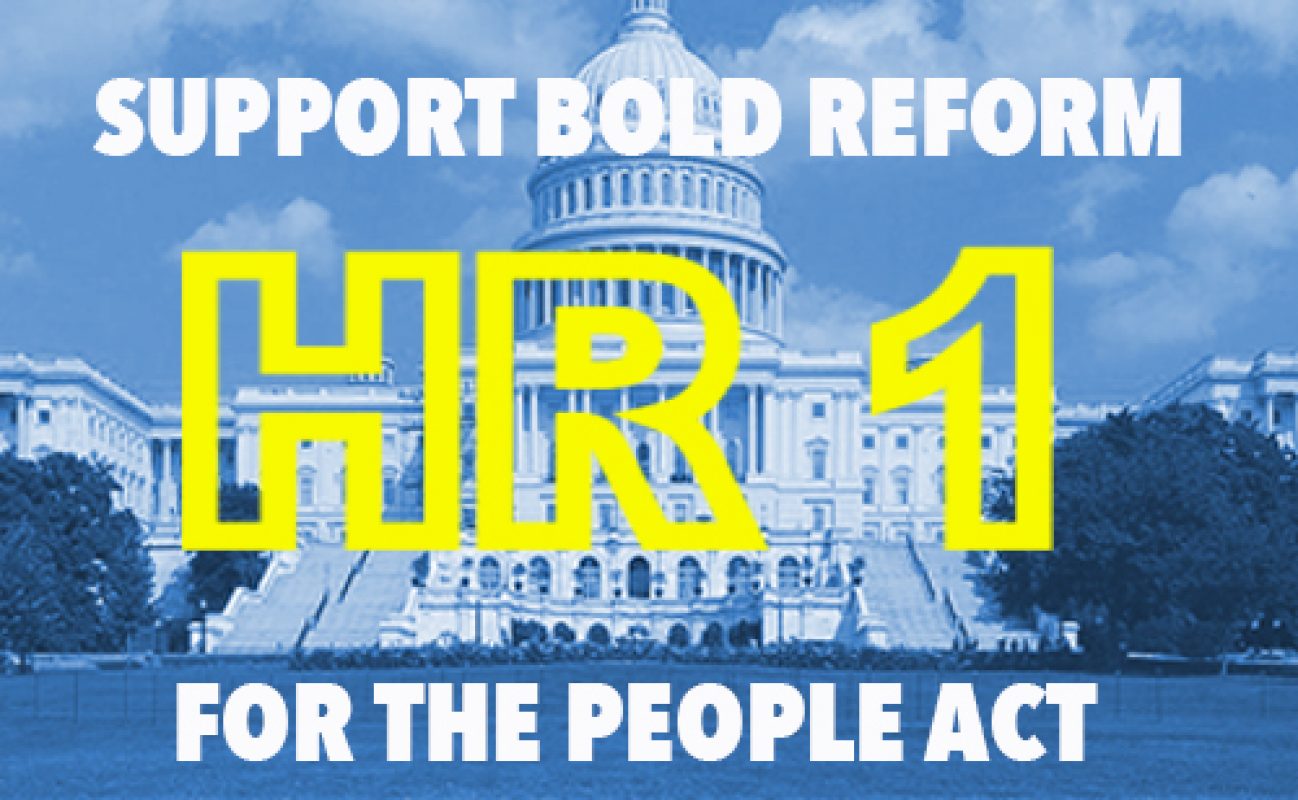 According to the Brennan Center for Justice, republican lawmakers have been aggressively introducing new restrictive voting provisions, and voter suppressive bills across the nation. “We see a wave of legislative attempts to curb the vote, the most significant attempted cutback of voting rights since the Jim Crow era. The Brennan Center has studied these laws for years and last month found 253 bills in 43 states, seven times the rate of four years ago, and the number is even higher right now.”

In a Supreme Court case relating to gerrymandering in 2019, Chief Justice John Roberts referenced the Elections Clause in his published opinion that specifically pointed to this legislation as a constitutionally sound example of Congress’s power to set election law. (P 13, Sec B, P34 Sec D)

According to Common Cause, HR1 will provide for the following improvements and election security protections:

Reduce the influence of big money in our politics:

Ensure an ethical government accountable to the people:

Please contact your elected representatives and tell them you support this legislation and want them to get it passed as soon as possible!

You can find the full text of the bill at this link.