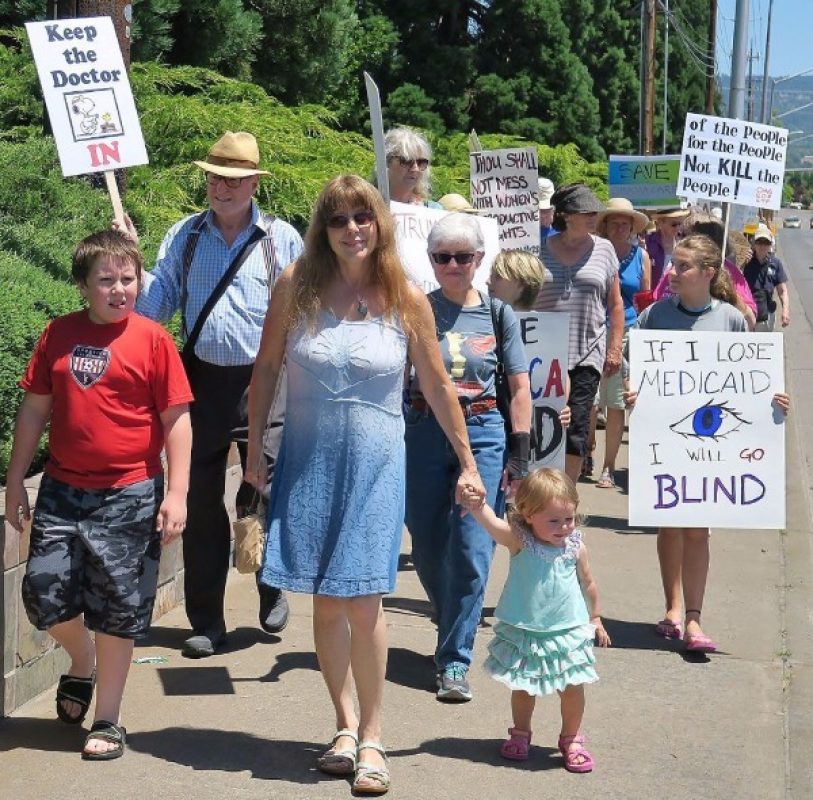 A bipartisan effort by the state legislature just saved Medicaid in Oregon. Three legislators want to undo that.

While President Trump and the Congressional leadership have been laboring to slash Medicaid and defund Planned Parenthood, Oregon’s leaders have stepped up.

The Oregon state legislature last month managed to rescue Medicaid in Oregon by passing the Health Care Provider Tax (HB 2391), which raises $670 million in revenue over two years, and pulls in $1.9 billion in matching federal funds. It passed both state houses with bipartisan support, to ensure that some 370,000 Oregonians retain coverage through the coming two-year budget cycle. The measure also lowers health care premiums for some 200,000 Oregonians.

And they can do a lot of damage even before Referendum 301 (dubbed the “Stop Healthcare Taxes” referendum) comes to a vote.

The “Stop Healthcare Taxes” referendum is reckless, irresponsible, and cruel.

If the sponsors of the “Stop Healthcare Taxes” petition (Referendum 301) manage to gather the necessary 59,000 signatures before October 5 , the Health Care Provider Tax bill would be immediately placed on hold until voters decide its fate, potentially with a special election on January 23.